By RaidaR2000
POSTED: 12 Oct 2013 19:02
CATEGORY: Short Story
FEATURED: Yes ( Haruspex )
"Class, this is our new student, Sabrina Maykov," Ms. McGinnis announced to the class. Standing next to the teacher was a tall girl with black hair. She wore all black, which would normally get a few snickers, but she completely pulled it off. The class was silent, staring at her like she was a godess. Some of the geeks even had their mouth open, looking like gaping fish. Sabrina's gaze landed on Piper and something very odd happened. Piper felt an electric shock that made her jolt, and saw that Sabrina felt it too, as she had a very surprised look on her face. What Piper didn't know, was that this was the beginning of the end.

"So what's your name?" Sabrina asked as she plopped down in the seat next to me. "I'm Pip-per," she stammered. She internally slapped herself for acting so stupid. Here was probably the prettiest and soon-to-be most popular girl asking her name, and she was acting like a stammering idiot. "Well, as I'm sure you know, I'm Sabrina." Piper said the first thing that came to her mind, trying to keep the conversation going. "Like Sabrina, the teenage witch?" Something in Sabrina's eyes shifted, and Piper thought she saw her eye color change to gray. But when Piper blinked, they were green. Must have imagined it, Piper thought. Sabrina looked into her eyes for a moment and then looked her up and down. Piper squirmed, not used to being scrutinized so intensely. Finally, Sabrina glanced one more time at Piper's face and then turned her gaze to the front of the room. "Yeah," she said. Piper wondered if she had offended her somehow. She got the feeling that the the conversation was done, so she turned her attention to the ongoing lesson.

As Piper started to pack up her stuff, Sabrina turned to her. "Hey do you wanna hang out after school? I could use a friend." Piper stared at her, confused. Why would Sabrina, pretty, cool, Sabrina, want to hang out with her? "If not, I ca-" "N-no! I mean, yeah we should totally hang out. Um, what do you want to do?" Sabrina gave her a knowing smile that gave Piper chills. "I have something in mind."

They walked in silence. Occasionally cars drove by, but other than that there was no noise. When Sabrina stopped at a cemetary, Piper had mixed feelings. She thought it was kind of strange that Sabrina wanted to hang out at a Cemetary, yet she thought it was cool that Sabrina had a dark side. Sabrina turned to her with a big smile. Piper noticed her canines were a bit sharper than they should be. "This is my favorite place in the whole world," she said. "You come here a lot?"asked Piper. "Not this particular one but I love all cemeteries. They're soo...sinister. So many dead people, and they all had different stories. Sometimes I like to make up the cause of death for each body." She strolled over to a gravestone that read
"RYAN GILLET
1946-2003"
"That guy," Sabrina pointed towards the gravestone, "was a biker. He messed with the wrong people and they hired a hitman. He was shot in his bedroom on his birthday." She turned to another gravestone that said, "Betty Hampus
1997-2012." "Her boyfriend cheated on her with a girl from his band-camp. After they broke up, she found out she was pregnant with his baby. He had already moved on to another girl. She committed suicide."

"How do you come up with these?"Piper asked. Sabrina smiled mysteriously. "I have my ways," she said with a strange look on her face. Almost like her face was straining towards her. Piper looked away, embarrassed. It's not polite to stare, she scolded herself. "Let's go over here," Sabrina said, her voice not the usual husky tone. Piper felt goosebumps dot along her arms as she followed Sabrina. Something felt...off. Sabrina glanced back with a reassuring smile that instantly threw out all her doubts. Sabrina stopped in front of a small encloser. "I've never seen this before," Piper said. "Come on," Sabrina whispered. Crouching down, she stepped into the cave. Hesitantly, Piper followed. Their foosteps echoed as they walked through the tunnel. Suddenly a large encloser came into view. Piper stared in wonder. "How did you find this?" No reply. Piper looked around, but she couldn't find Sabrina. "Sabrina?" The name echoed through the tunnels, making it sound eerie. SabrinaSabrinaSabrina. "Sabrina?! This isn't funny!" Laughter reeled off the walls. Piper took a step back, then turned around to flee. But there was nothing there. The tunnel in which they had used to enter the encloser was gone. She was trapped.
7 HOURS LATER
"Sabrina," Piper cried weakly. "Please let me out. Please, please, please," she sobbed. She heard a noise behind her and she whipped her head around. Sabrina stood, looking down at Piper. "Sabrina ple-"Piper began. "Shut up. You're going to stay here and die. And then I'm going to eat you." She smiled a sick sweet smile that got Piper sobbing all over again. Then she left. Piper leaned against the wall, weakened with despair. She was going to die.
+4 -1 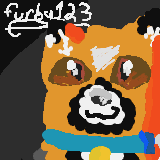 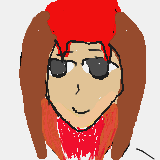 I don't always read blogs, but when I do, they're blogs by Raidar.

in one spot, you accidentally put serena instead of sabrina.
otherwise, epic.

RaidaR2000
13 Oct 2013 02:49
In reply to princcce7
Dang it. Yeah I was thinking of this character Serena in this book series while writing this. Serena and Sabrina are a lot alike, except Serena is a human phyco killer, and Sabrina is a supernatural cannibal. No idea how I found that connection.

RaidaR2000
13 Oct 2013 02:58
In reply to princcce7
Aww damn yeah I wasn't thinking. I was in "creepy-graveyard-girl-telling-normal-girl-about-the-death-of-random-people" mode. The character Serena is the girl that came to mind. x)

RaidaR2000
13 Oct 2013 03:10
In reply to princcce7
xD Yeah but I prefer to call them 'blonde moments' as it sounds a bit more feminine. And I eat babies/muffins so I don't change genders everytime I sneeze. That's how much I treasure my feminineness.