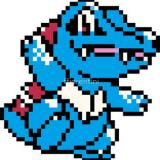 I've been fan of PokÃ©mon since dang near when it began, and I'm not too happy about some of the things I've learned about the Gen 8 games.

I recently found out that rather than the 890 PokÃ©mon I expected to be able to be able to train once I get PokÃ©mon Sword Version (which I don't own yet), I will only be able to use 600 of them in the new games: The 400 present in the Galar Region PokÃ©dex, plus 200 more added in an "Expansion Pass".

Now, if you're like me, and loved ANY of the 290 PokÃ©mon that they removed, you're probably pretty ticked right now.

Just to be clear, though, I'm sure I'll love the new games (I've loved every prior PokÃ©mon game), but this still REALLY ticks me off, and I'll explain why I think it's so wrong.

First of all, when I got my first Gen 2 PokÃ©mon Game (Silver for the Game Boy Color), I was able to Trade all of my old PokÃ©mon from Blue and Yellow into the new games.

Then, when Gen 3 came around, suddenly, all of my beloved PokÃ©mon were trapped in the GB and GBC games, and I wasn't able to bring them with me. :(
(It kinda broke my heart to leave them all behind, TBH.)

Still, I loved the new games, and the Gen 3 games were actually among my favorites.
(They still are.)

When Gen 4 came out, I could move all of my PokÃ©mon (and even some Items) up from Gen 3, and every Gen since has at least allowed for the transferring up of any normal PokÃ©mon.

Now, when they made it so you had to use an online service to move PokÃ©mon up (PokÃ© Transporter), I became a bit worried that they may one day cancel it, and leave us old timers' PokÃ©mon out in the cold.

Still, I was glad they allowed not only for PokÃ©mon from the DS and GBA games to be moved forward, but also the ones from the VC games in the Nintendo eShop.
(Which was nice, considering what happened to all my old GB and GBC era PokÃ©mon.)

Now, in Gen 7, there is no National PokÃ©dex.

Despite this, however, you can move any of the 404 PokÃ©mon that are not in the Alola PokÃ©dex into Alola, and you can even catch many of them in the Gen 7 games, anyway.

While I found the removal of the National PokÃ©dex mildly annoying (I thought the RotomDex was a nice idea, though), as long as I could bring my favorite PokÃ©mon from Gens 3 & 4 with me, I couldn't care less, TBH.

Now they do this, and some of the PokÃ©mon I've been using for OVER 15 YEARS can't be moved into the newest PokÃ©mon games, because someone at GAME FREAK, or the PokÃ©mon Company didn't want to include them in Gen 8 for some reason. :(

Of course, they have their reasons for removing these PokÃ©mon, despite the inevitable fact that everyone who loves any of those 290 PokÃ©mon (which is more than there were in Gens 1 & 2 combined) is going to be VERY disappointed. :(

Supposedly, they didn't include these PokÃ©mon for 2 reasons: The difficulty in programming the graphics for them, and "balancing".

Now, I can't comment on the first reason, as I know nothing about programming, but as a Veteran PokÃ©mon Player, I'm more than qualified to speak about their "balancing".

To put it bluntly: I couldn't care less about "balance".

The real world is full of "imbalances", and there's nobody there to fix them all.

IMO, complaints about "imbalances" in older games are merely people who aren't skiled enough to handle a game with all 807 PokÃ©mon in it whining.

There's absolutely nothing wrong with any of the PokÃ©mon they removed, and it seems clear to me the fact they are bringing 200 of them back with the Expansion Pass proves that they are aware that REMOVING OVER HALF OF ALL POKÃMON WAS A HUGE MISTAKE!

The whole "imbalance" argument revolves around this false notion that true balance can be achieved, and personally, I think it's pointless to even try, because it can't.

And anyone who says that "nobody uses these PokÃ©mon", or that "nobody cares", needs to realize SOME OF US ACTUALLY LOVE OUR POKÃMON!

I think this whole line of thinking is completely wrong, and if this "balance" is so important, then where was it for the past 7 Generations of games?
(Like when they added my favorite PokÃ©mon: Mega Rayquaza?)

Removing almost 300 PokÃ©mon in the name of a misguided concept such as "balance" is completely ridiculous IMO, and anyone who claims that there isn't something VERY wrong with it doesn't understand how much some people (like myself) care about those PokÃ©mon that "nobody uses".
(I certainly care about all of my PokÃ©mon more than vague concepts like "balance".)

To me, PokÃ©mon aren't to be discarded based upon their irrelevance to some intangible "metagame", or to maintain the illusion of "balance", but that they're our friends and companions, who accompany us PokÃ©mon Trainers, wherever we go.
(Except Galar, apparently.)
+6 -1 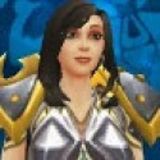 Your capitalization has improved a lot!

Although, like Skul pointed out (in a Comment I accidentally deleted on another Blog), I'm a lot better about it in my Blogs than I am elsewhere.
(Probably because I don't want them being rejected over it, lol!)

Donât worry draconid but this is a popular opinion actually

everyone agrees that removing PokÃ©mon is bad lol.

Finrod
19 Feb 2020 15:38
In reply to Finrod
Iâm pretty sure âbalanceâ was the excuse they made because they rush out games lol. How can it be balanced when theyâre bringing back the most feared Lando-T and rayquayza lmaooo.

There's no excuse for it, and it's obvious that it was just a (poorly thought out) lie, to cover up the true reason for it, which is just what you said: Them being in a rush to release the new games.