Before someone decides to say "UwU Kits just gonna go on an on about a new game she has an obession with" I'm actually not. I don't really like Bioshock 2 much outside of its story. Which is why I want to talk about it a little bit. Its not a bad game, I don't hate it, but its also not a game I'm probably going to play again once I finish it.

I only started playing it anyway because I got it for free with the Bioshock collection on PS+. I meant to finish the first Bioshock before I played 2 for the context like I did when I got Borderlands 2. But I didn't like Bioshock at all enough to finish it. So I didn't. Which is the first weird thing I noticed when I started Bioshock 2.
Basically the whole beginning of the game you do the exact same shit you had to do in the first.
You start the game, wander around and get yelled at by a random person, find the Electrobolt plasmid and freak the fuck out, you leave and wander around, eventually you get trapped in a room and the main antagonist kinda yells at you then sends Splicers to kill you, you escape and go back to wandering, find out you need the incinerate plasmid, wander again, find telekinesis, wander, finally get the incinerate plasmid, wander again until you run into a Big Daddy and a Little Sister, commit murder.
After that I'm assuming it starts being different, I got to about the point in the first where I killed my first Big Daddy before I quit. In the second I've gotten to about Fontaine Futuristics.

My main dislike for Bioshock 2 though is the combat, I don't know if its because I'm just exceptionally bad at the game, the weird button layout or what but I hate having to fight anything it's actually annoying. I was playing on medium at first because I assumed that's supposed to be the normal mode but the combat was just horrible to go through.
It felt like no matter what I did to Splicers they were always gonna kick my ass before I could do barely anything to them cause they're almost always in groups.
It doesn't help that you're also kind of slow, which kind of make sense, you're in a fucking big diving suit in Bioshock 2, but I had the same issues with combat in the first game, so I don't know. Everythings mildly faster than you and you start fighting Splicers with guns pretty early on too.
Eventually I just switched the difficulty down so I could finish the game without wanting to commit a crime because dying super often just to be back in the same room with the same enemies and like barely any health was getting old. I feel bad that I turned the difficulty down though because I've literally never done that before besides like once in Doom when I was already playing on a difficulty above normal and only turned it back to normal. I didn't go from normal to easy.
I'm probably just really bad at the game though being honest. I haven't seen really anyone complain about the combat, but I also didn't look that hard cause I didn't care that much.

The difficulties just feel weird though to be honest, Easy is waaay to easy, nothings a challenge anymore and I can mainly rely on like my drill and the machine gun and like two plasmids and be mostly fine. Medium feels like a slightly easier hard mode, which I guess IS medium, but the game has three difficulties so like it feels a little too difficult to be the normal mode? Like its challenging like a normal game difficulty should be, but its to the point its just frustrating. It didn't start out like "Oh I'm doing fine" and then the game slowly gets more challenging because your progressing. It started out to the point I was doing so bad I was progressing at a snails pace. I was stuck in Paupers Drop for like two days. I don't even want to know what the games hard difficulty would be either. Probably actually hell.

I do like some of the weapons though, I really like the drill. Although I probably shouldn't be using the it as much as I do, but it's just fun to fucking bash people in the face with it. I usually don't use many of the other weapons, at least not now unless I have a Little Sister collecting ADAM. At first I was trying to mainly use the rivet gun because its the first weapon you actually get since you just start with the drill, and you know its a g u n its actually ranged. But now I don't touch it or like half my other weapons.

I like the characters in the game though, even if I don't feel like I should be listening to them. I didn't give a shit about Lamb at first but as the games gone on I actually want to murder her. One she's a cult leader and cults are bad, but also she's just a bitch and doesn't make like any sense.
She hates Delta just kind of because, I haven't seen her give any legitimate reason, she just kind of hates him because she does. But she's like A-ok with the dude who actually legitimately kidnapped her kid and sold her to Ryan to become a Little Sister. Like ok then you crazy bitch. I hope you like dying cause I'm gonna kill her if the game lets me.
I also kind of like Sinclair, mostly just because of his voice. That's about the only reason.

I also just really like that there's certain NPCs you get the choice to let live or to kill and the game didn't just pull a "Well they seem bad, but actually they were just lied to so you probably really shouldn't kill them because they really didnt do anything that bad to you." Like the first lady I decided to not kill, cause she was just like a little old lady who was lied to by a crazy cult bitch and also apparently Delta like broke her jaw once. So its understandable she doesn't like him. Plus in my opinion she didn't actually do anything to me besides send Splicers after me.
The dude who kidnapped Lamb's kid though, no he's super dead. He deserved it. Even if during the actual game all he did was make me go find Little Sisters and collect ADAM which I would have done anyway, you don't get to ruin basically two people's lives and then try to get one of them to hide the evidence for you and not expect to get a drill through the skull. Also Lamb said she forgave him and like, fuck her.

But yea I like that at least so far the characters you get to choose to murder or not were actually different, cause I know sparing or killing people affects your games ending so I'm glad the game didn't just decide "Haha no they're either all terrible or all perfectly justified have fun."

That's about to the point I've gotten in the game. I don't think I really have that much to say about it. I do like it, but mainly for the story as opposed to being able to fight things. 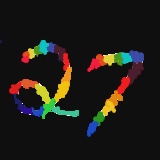 YAYY I love our blogs, also sorry you are suffering

OxygenDeficient
04 Mar 2020 02:44
In reply to TheLegend27
But why my blogs are b a d. And eh, I'm no longer suffering. I finished the game on the 29th. The ending was disappointing tbh.

TheLegend27
04 Mar 2020 02:50
In reply to OxygenDeficient
Youre kidding right I fucking love your blogs not to insult others but yours are kinda the best

OxygenDeficient
04 Mar 2020 02:53
In reply to TheLegend27
I am not joking. My blogs are bad, my ability to write is on par with a toddler banging the keyboard while throwing a tantrum and your opinion that my blogs are in any way good is incorrect. You l o s e. Do not pass go. Do not collect $100.

Jk, lmao thanks. Tho I do genuinely think my blogs arent that great

OxygenDeficient
28 Feb 2020 14:48
In reply to Gemini Guardian
ITS NOT AN OBESSION

Doom is my one and only love.

OxygenDeficient
28 Feb 2020 15:10
In reply to Gemini Guardian
I wish I could edit comments, I just realized I mispelled Obsession l m a o