"...Team Battle makes the player pick five out of six party members (all six for Double Battle), and faces them off in one-on-one elimination rounds (two-on-two for Double Battle). This requires one of the highest strategy levels, as the player does not know what PokÃ©mon they face in a round."

"The player wins a round if they knock out their opponent's PokÃ©mon first. They must win three out of five rounds to win the battle (two out of three for Double Battle). The round is considered a draw if all the PokÃ©mon on the field are taken out due to moves like Explosion or Self Destruct. If there is a draw between the number of wins, the Trainer who won the last match wins the battle."

This is how Bulbapedia describes Waterfall Colosseum's Team Battle format in the Gen 4 Wii game PokÃ©mon Battle Revolution, which (with the possible exceptions of Triple battles and/or Multi battles) is my favorite battle format in any PokÃ©mon game. :)
(I'm particularly fond of the Team Battle Doubles format.)

Like Triple battles (and unlike most battle formats in the core series handheld games), you use all 6 PokÃ©mon in Double Team Battles (lol, "Double Team"), and unlike most of Smogon's Singles and Doubles formats, there is no switching out your PokÃ©mon.

Those "elimination rounds" mentioned above are freaking HARDCORE, and if your 2 (or 1 for Singles) PokÃ©mon wind up against something that they can't handle, you don't have the luxury of being able to switch them out and do all of that back and forth rock paper scissors crap that can make a 6v6 Single battle last 100+ turns, which means that each and every one of your PokÃ©mon need to be prepared to handle almost anything, although in Doubles having PokÃ©mon that work well in pairs is also very important.
(Both of your 2 PokÃ©mon will rely heavily on one another to cover each others weak points, to a much greater extent than in a regular Double battle.)

Like almost all of the battle formats in Battle Revolution, no PokÃ©mon, moves, or held items are banned (which is cool IMO), although because Battle Revolution was originally only designed to be compatible with Diamond/Pearl Versions, certain forms of some PokÃ©mon (such as Giratina's Origin Forme) aren't usable in the game, which kinda sucks. :(
(You can still use moves that were added to PokÃ©mon's movepools in Platinum or HG/SS Versions, though.)

There is no "Species Clause" or "Item Clause", which means that you could even use 6 of the exact same PokÃ©mon with the exact same held item (such as a team of Choice Scarved Kyogres or something), which is a bit stupid IMO, but overall, I think that the Team Battle format is one of the best battle formats that TPC (or whoever comes up with this stuff) has ever come up with, and I think that (with some tweaking) it would make an excellent PvP battle format, including in later gens. :)
(Imagine a Gen 7 Team Battle Doubles format, complete with Mega Evolution and Z-Moves!)

Although I have no idea if anyone else feels the same way as me about this, I would like to see some versions of the Team Battle Singles and Team Battle Doubles formats added to PokÃ©mon Showdown (or some other PokÃ©mon battle simulator), with at least a few of the following modifications, to make it more appealing as a PvP battle format:

-Modernize them, by which I mean add later gen PokÃ©mon, moves, etc. to them, as well as adding things like Mega Evolution, Z-Powers, and/or Dynamaxing.
(I personally think that a NatDex AG Team Battle Doubles format would be the greatest thing since Mega Rayquaza, but that's just me.)

-Add the Species and Item Clauses to at least some version(s) of these formats, so that you don't get a bunch of people putting Focus Sashes on everything like I tend to do.
(Although I like loose rulesets, PokÃ©mon Battle Revolution's rules tend to be a little too loose, including here.)

-Although I kinda have mixed feelings about this, having at least some version(s) of the Team Battle formats that ban Special and/or Mythical PokÃ©mon would probably be a good idea, and perhaps even implementing some sort of tiering system would make sense.
(I'd argue that my own tiering system would be particularly good for regulating these battle formats, since it is primarily based on a PokÃ©mon's individual strength and versatility, which plays a greater role in Team Battles than it does in traditional 6v6 battle formats.)


If anyone here has any ideas about how I might make any of this a reality (such as how I might pitch these ideas to PokÃ©mon Showdown or some other PokÃ©mon battle simulator), would like to ask any questions about these battle formats, or would just like to share your own thoughts about this or other cool, somewhat obscure battle formats (the format of Emerald Version's Battle Arena comes to mind), please leave a comment. :) 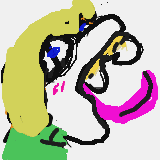 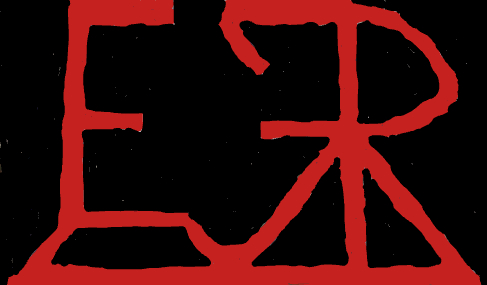 So True, I Like Theses Pokemon Blogs So Much.

Draconid_Jo
02 Apr 2022 23:31
In reply to AnimaBoy
Thanks! I plan on writing more, I've just been busy with a lot of other stuff lately, and haven't had as much time to write PokÃ©mon blogs as I used to.
(I plan on making more time to write them in the near future, though.)

It does sound interesting though ngl

It's worth noting that Showdown does have a 1v1 Singles format and a 2v2 Doubles format, which are kinda similar to the individual elimination rounds in Team Battles, but without that crucial aspect of using all or most of your entire team in each battle, which makes it far less appealing IMO.
(It's still pretty cool too, but it's just not the same thing, y'know?)