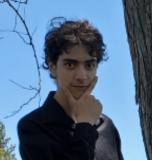 Hey, I'm Siling-La. I haven't been active on Paint in a long time, and since the site is slowly declining, I don't actually know how many of you remember me.

Anyways, I've been here for a few years and when I first joined, I was seeking a community of some sort because living in the middle of nowhere near no friends being unable to drive...is hard. I found 3dspaint probably the same way all of you did. Looking for some sort of social media or chat-substitute for the discontinued 3ds on an old lousy browser. But I found more. I found friends and a supportive community that inspired me to pursue my dreams.

Which...leads me into my announcement...

Since I got here, I've released a lot of song lyrics using the blogs on Paint, but I've written over 70 songs total and most of them are not posted here.

Now, I'm part of a band called The Nightowls. I'm the lead vocalist (although I could definitely improve) and lyricist for them. 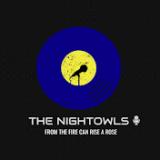 (You may recognize the tagline as a line from one of my old songs. I'll let you see if you can find it)

We are currently only releasing songs through Youtube and I'm proud to announce that yesterday, we published our first song and lyric video. The song is called "Never Be Enough".

I wrote this song and sing it, but I owe it all to the other band members who made this a reality. Among those members is u.killer who isn't active anymore, but is a great friend to me and single-handedly did the animation and photography in the lyric video.

I will do my best to come back here often and (maybe...just maybe) release some lyrics of some songs we plan to record in the near future. I will be posting the lyrics for "Never Be Enough" here soon enough for those who cannot access Youtube.

If I don't respond to your PM's, I'm extremely sorry. It's been a long time since I've been here and I haven't had the hour of free time it takes to respond to 30+ messages...However, I will do my best to get through them soon and I will be checking the comments on this blog, so reach me here if it's something you want me to know sooner than later.

Thanks again to all of you. Have a fantastic day. 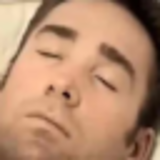 Accessing YouTube (or rather, playing videos with it unmuted) is still somewhat complicated for me RN, but IÃ¢â¬â ¢ll be sure to check out your videos if/when I get the chance to, and IÃ¢â¬â ¢ll also be looking forward to more of those AWESOME lyrics blogs of yours!

-Draconid_Jo, still a nobody.
(But at least IÃ¢â¬â ¢m a nobody who can access Discord and use PokÃÂ©mon Showdown now!)