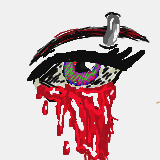 By IAmMichael
POSTED: 08 Jan 2023 00:33
CATEGORY: Miscellaneous
FEATURED: Yes (Draconid_Jo)
(Go to comments)
"Noo!NOO!Please!Ple-ACK!"
Another cry of agony went silent. The noise didn't lessen,though. More screams,along with insane peals of laughter and bloodchilling groans of unseen creatures, rang out through the realm.Demons, hellhounds, and other such terrors ran amok, killing and sometimes eating, whatever crossed their paths.

Mishappen monstrosities shambled along beaches made of blood and torn flesh. Writhing figures bound in chains screamed.They begged for death as they were gutted by demonic sadists. Their cries were answered with a snap of a bone or a stab in the the thigh. Creatures died only to be reborne for more torture. Laughing in glee, Demons ignored the howls, too absorbed in their violent bliss.

This was Seeba, the realm of torture and agony. But throughout all of the chaos, something even worse slumbered.Something that when awakend, made even slow multilation seem like a mercy.Something so powerful, even the 3 Entities were weary of its wrath.

Ezarekan.The entity of evil. He slept, the sound of rending flesh and snapping bones a soft lullaby, lulling him into sleep. His breaths heated the realm to unimaginable temperatures. His mere presence melted living flesh like ice in the sun.

But soon, even that would lose its tranquilizing effect.Soon, those sadistic, bloodlustful eyes would open.Soon, Ezarekan would wreak havoc upon all. He just needed to rest. And rest is just what he did...
+3 -0 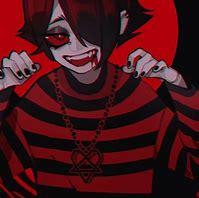 Wow pretty graphic but sounds like there's something real cool coming up.

yes theres always another chance. glad u like it.

The first chapter will come out soon

This is so cool tho. It's be heaven for exorcist. But hell for the demons. If things there die to come back, does that apply to those of demonic origin?

I like it, and quality-wise it's definitely good enough to be featured, but IDK if it's long enough based on the featured blog guidelines.

If you could add a bit more to this, I'll go ahead and feature it for you.

(Although my battery's super low RN, which means that it may be a while before I can pop back online to do so.)

Draconid_Jo
08 Jan 2023 13:35
In reply to Draconid_Jo
I compared this to some other short story blogs featured by other blogmins recently, and this should be long enough to be featured now.

Sorry I couldn't feature it sooner.
(I just wanted to make sure that I wouldn't get in trouble for featuring it.)