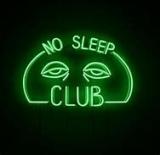 It's me, Calem.
I've returned on this account, gon' come here now n then
I'm a 15 year old trans boy. Call me he/him.
I like emo, alternative (rock, pop, just alt in general) and that one sprinkling of heavy metal.
I'm a little odd, don't ask why.
If you have something homophobic, transphobic, racist, or just generally shitty to say on this profile... don't. I'm tired. Rant elsewhere.

I know a lot about a little bit. If you wanna know about, say, emo culture, and alternative aesthetics, goth subculture, I know my share bout that.

Idk what else to put here.